A Visit to Dad’s Corner 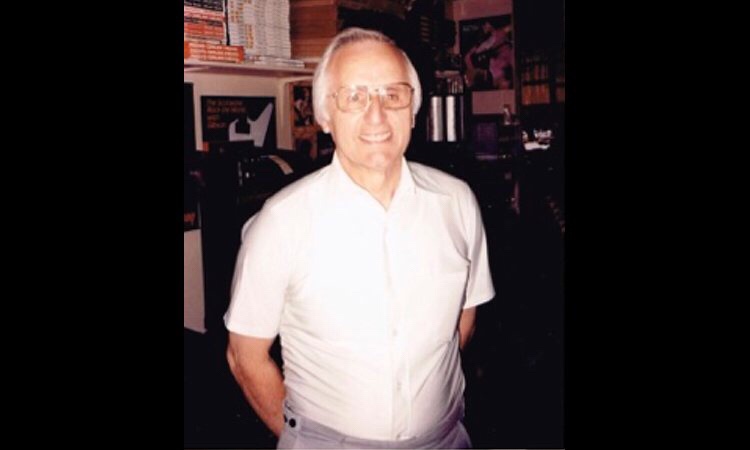 Joe Roberts Sr. took the news regarding his the state of his health with indifference; at 93 he felt as if he had a good run and now was as good a time as any to pass on. He had a full life which included serving his country in World War II, touring as a professional musician, and starting a business which he handed down to his three sons; Joe Jr., Michael, and Pete. As the pain increased, he thought of his mother and how she would always make him call her every Sunday regardless of where he was in the country; these were in the days after the war when he was a touring musician and if he missed calling her on a Sunday, there would have been hell to pay. As he thought of his Italian mother whom he left in Brooklyn when touring the US, Joe remembered something he learned in Italy while fighting the Second World War, dying men always thought of their mother. He smiled through the pain because he knew he’d be seeing her soon.

It was discomfort in his lower back that sent him to the doctor. Joe historically had a high tolerance for pain, but when it became unbearable he knew something was wrong. Medicare won’t cover colonoscopies after the age of 80 and, given he surpassed that milestone 13 years prior, Joe wasn’t particularly shocked when he learned he had late stage colon cancer. The doctor told him he had days, not weeks, and advised him to get his affairs in order.

“Take me home,” was all he said to his eldest son, also Joe, who had taken him to the doctor that day. He wanted to die at home.

In the days that would follow, the pain would get so bad he would ask his son to smother him with a pillow, “I just can’t take it anymore,” he pleaded. Not having the heart to do it, Joe Jr. called for the Hospice nurse who concocted something to make him comfortable.

“This will help,” she said after crushing a powerful painkiller and dissolving the resulting powder in water.

Before taking it, Joe Sr., sensing the end was near, looked lovingly at his wife and said, “I wish you could come with me.”

He then took what the nurse gave him for the pain and gradually fell into a deep sleep; in a day or so he would slip away forever. True to her word, on November 22 – fifty years to the day president Kennedy was assassinated – Joe’s wife joined him in eternal rest, leaving their three grown sons parentless. Her doctor would say she died of a broken heart.

This could very well be the start of a new work of fiction, but it isn’t. This story was shared with me by the real Joe Jr. mentioned above (though I will admit to taking creative liberties with some of the details). I know the Robert’s family as I’d been a customer of their music store, one of the last of its kind, since I was sixteen (the fact that I haven’t progressed much as a guitarist since then isn’t their fault, that’s on me). I dropped off my Strat yesterday and struck up a conversation with Joe after commenting on the picture of his father that was placed on the counter near the front window of the store.

“That was dad’s corner,” Joe said. “It was only fitting we put his picture there.”

I knew his father and mother passed away within weeks of each other and Joe went on to share the finer details of their story with me. It reminds me of a one of the songs on U2’s latest album, “Love is bigger than anything in its way.” The love that Joe Sr. and his wife had for each other was so strong that not even death could keep them apart.

I’ve been thinking about death a lot recently as the third anniversary of my mother in law’s passing is approaching and I’m keenly aware of the hole in my wife’s heart that remains as a result of losing her mother. When hearing Joe talk about his parents, I can hear in his voice that something is missing in his life. My own mother remains broken hearted over the death of her mother a quarter of a century ago, “You never get over the death of your mother,” she says to me, often with a tear in her eye, whenever we pay our respects at the cemetery. I’m sure she is right, though I’m not eager for proof. I’m a realist though, death eventually comes for us all – it’s inescapable.

Now in my forties, I sometimes contemplate what I will leave behind as time marches on. How will people remember me? Sure I will have left behind some works of fiction which are, perhaps, mediocre at best (Hemingway I am not). It’s possible I will be remembered as masterful moderator, a quick witted thinker, and a clown (one out of those three is certainly true). A good father? I think I’m one of the better ones. A loving husband? Almost certainly, though I’ll admit to being perfectly imperfect in that regard.

What I selfishly want, though, is to be remembered by someone I inspired to find some kind of meaning in their life. There have been many people who have had a profound impact on my life; my parents, some teachers, and the occasional coach here and there, but I want to be more than a role model – I want to inspire someone to one day tell a story about a guy named Mike who inspired them to do…whatever it is they did. For me, such a person was an older gentlemen named Joe Roberts who sold me my first Fender Stratocaster when I was sixteen years old. I don’t play the damn thing all that well, but his passion for music – and young musicians – inspired me to play.