An Act of Kindness 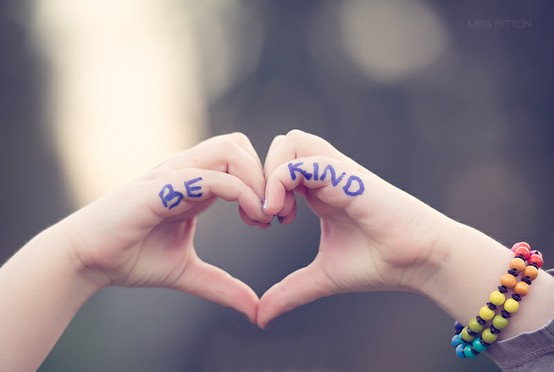 I sat at a table in a community style cafe and went against convention by ordering a tea. I’m like that, a non-conformist. At another place in another time I may have been branded a troublemaker, but this was 2018 and the only thing that concerned my waitress was the fact that I didn’t order any food to go with my beverage. The roll of her eyes communicated, I work for tips. I took the hint.

“I’m waiting for a friend,” I said, trying to reassure the hardworking waitress that she didn’t draw the short straw by taking my table. Her smirk suggested, I hope she’s hungry.

While I waited for my friend, Amanda, I started outlining a new novel on my iPad. While the ink is still drying on Motel California, a new idea for a comedy popped into my head and I felt the urge to scratch that itch. I didn’t intend to start a new writing project so soon after finishing Motel California, but inspiration is not something I have control over and I capture it while it’s still fresh in my mind. I suspect that many other authors hold the same fear, that one day the ideas will stop coming and assume we all have a “take it while we can get it” mindset. Before I finish the first bullet points of my outline, I see Amanda entering the shop and wave her over.

I’ve known Amanda for about ten years; we have the same job of interviewing consumers about different topics and then transforming our observations into insights that our clients can use to make decisions on, you name it – advertising, new product development, website design, etc. On the surface it sounds easy and many assume that any “people person” can do the job, but the cost of entry to a successful career in qualitative market research is having a genuine sense of empathy for other people, as that is key to getting complete strangers opening up to you about the more intimate details of their lives. Now this may be an overstatement when the topic of conversation is something as mundane as dishwashing detergent, but when you have to talk to men about erectile dysfunction or their enlarged prostates, as I’ve done in the past, you better damn well have some kind of high level interpersonal skill in your toolbox to make them feel at ease talking to a group of strangers about peeing at 3am and the impact the inability to get hard is having on their self esteem (not to mention love life).

The waitress comes back to my table with a smile on her face; perhaps she assumed I was putting her on by telling her I was expecting someone else and now she’s pleased to be proven wrong. I allow myself a small smile as I feel vindicated, but these sense of self satisfaction doesn’t last long.

“Anything to nibble on?” The waitress asks.

The waitress gives me  look that suggests, Wipe that smile off your face, which I do immediately and make a mental note to at least leave her tip in cash.

“You look fantastic,” I say to Amanda. I’m not putting her on, she does. In the ten years I’ve known her, she hasn’t aged at all. She’s 100% Italian, but spent much of her childhood in South America and she has the exotic look of a native Argentinian. She speaks both her native Italian and Spanish fluently and her English is, no doubt, better than mine.

“Really?” She replies, “Because I feel like shit.” She laughs.

“Rough night last night?” It’s more of a joke than anything else, I know she’s not a big drinker.

“No, I’m recovering from surgery,” she replies.

This catches me off guard. “Surgery?”

“I donated a kidney back in November and still have some discomfort.”

This is when I put my tea down and raise my eyebrows suggesting that she start the story that I am about to paraphrase.

Years ago, after her divorce, Amanda did some soul searching which led her to a retreat center in upstate New York. She credits the leader of this center with saving her life and feels as if she is owed a debt of gratitude. The woman, whose name I cannot recall, was on dialysis as her kidneys were in late-stage failure and she needed a transplant stat, as they say on primetime medical dramas. Amanda, being a universal donor because of her blood type (and great health) offered one of hers.

This decision was met with resistance from many people in Amanda’s life, including her daughter who asked, “What if I need one of your kidneys one day mom?” Kids are so selfish, aren’t they?

The amazing thing about this story is that Amanda and this woman aren’t, what you might call, besties and they have no relationship outside of this retreat center. Amanda even let on that she doesn’t particularly like the woman all that much.

“So why give her a kidney?” I asked

That’s another characteristic of a successful qualitative researcher, we are naturally curious individuals. I just had to know what would motivate her go through the pain of surgery for a woman who she isn’t close with or has even asked for her help.

“Her retreat center helped me realize so many things about me and I credit her for turning my life around. Without her, the center won’t continue and I want to continue benefitting from it as well as ensure other people will benefit from it.”

I was amazed by Amanda’s act of selflessness and wonder how this world might become a better place if more of us lived a bit more selflessly. While volunteering to be a living organ donor for someone we don’t know (or like) all that well may be on the extreme side of the selflessness continuum, certainly there are little things we can do for other people: taking care of an elderly neighbor’s yard, offering to run an errand for a friend who is too proud to ask for help, and volunteering your expertise to help a recent college grad break into a field of interest are all small things we can do to share our time, skills, and talents with each other – it certainly beats trolling each other on social media and getting into arguments about politics (or why the most recent Star Wars movie sucked).

Amanda and I both had to get on with our days and said our goodbye’s an hour after starting our conversation. I motioned the waitress over and asked for our check. When she came back, I was surprised to see that two cups of tea cost thirty-seven dollars.

“I think you gave me the wrong check,” I said. She took it from me, looked it over, and laughed.

“Sorry,” she replied and handed me a new one for eight bucks and change. She gave me a look with her eyes suggesting, Not including tip.

I took out a ten dollar bill and spotted a fiver in my wallet which I also tucked into the check presenter and then walked outside with Amanda, who grabbed her side as she experienced a sharp pain where her incision’s scar was.

“Did you at least get some good meds for the pain?”

We hugged our goodbyes and walked in different directions towards our cars. Another story uncorked.