Appeasing the puppet masters of my mind 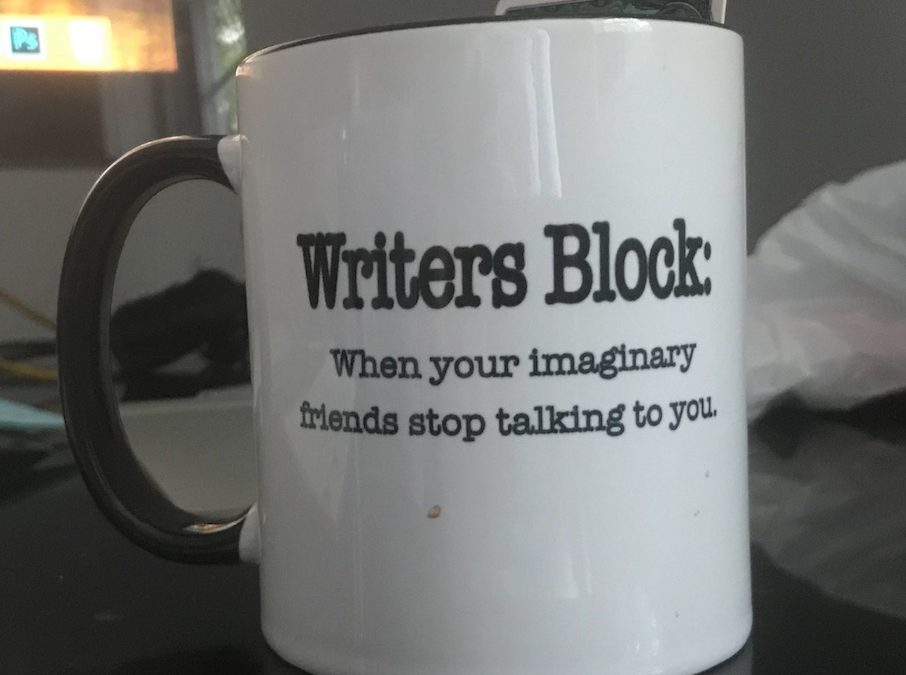 I have a lot of quirky characteristics but perhaps the quirkiest of the bunch is the fact that I don’t like it when people buy gifts for me. It’s not that I can’t appreciate the kindness of the gesture, that I feel unworthy of the gift, or that I immediately feel indebted to someone else and therefore become neurotic about returning the favor. No, it’s really a function of my not wanting to be disappointed by the generosity of others. I’m aware that admission makes me sound like a real A-hole, but the truth is I want someone to know me so well that their gift is a thoughtful expression of that knowledge, so when my wife buys me underwear for Christmas, I have a hard time hiding my disappointment. 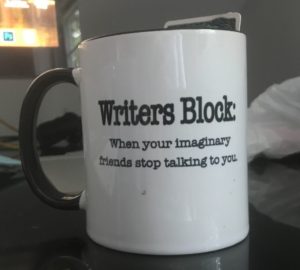 Last year, though, my sister-in-law gave me the best gift I’ve received in years. It is a coffee mug that says, “Writer’s block, when your imaginary friends stop talking to you.” She nailed the gift—not because I frequently suffer from writer’s block, but because, ever since I was a kid, people have accused me of having different people in my head who I have to appease at various times. There’s the comedian, the detective, and the hopeless romantic all who want to make an appearance in my stories. It’s because of them that I’ve been able to write successfully in the different genres of comedy, mystery/suspense, and drama.

When I finally got the nerve to sit down and commit to writing a novel, I tapped into the comedic voice in my head; he’s the one louder than all others and always winds his way into a story, no matter what genre I’m writing in. Return to Casa Grande was born out of my appreciation for primetime soap dramas (Imagine Melrose Place meets Dallas and you have a good sense of what I’m talking about). The premise of that book involves trying to get washed-up actors from the 80s back into primetime through “reality” TV and that was something I could have a lot of fun with. I’ve always enjoyed making people laugh and that story, with its soap-operaesque twists, turns, and revelations, was a great vehicle for bringing laughter to others. However, when it came time to follow that up with a second novel, I felt compelled to appease my inner detective.

I love reading mysteries and thrillers and wanted to challenge myself to write in those areas, so I crafted up a quirky story about a former lawyer turned podcaster who looks into high profile cases and works with local police to help solve them. Uncorking a Murder was born and, to date, is my most popular novel and has subsequently spawned two sequels with a forth in the outline phase right now.

Having successfully entered comedy and mystery/thriller you might think that, while lightning struck twice, there’s no way it could strike a third time in an unrelated genre, but I rolled the dice and wrote a drama. I’m a sucker for love stories as well as stories where characters come to uncover really deep insights into their lives. At the time I started outlining Winning Streak, my mother-in-law died of cancer and her last moments, which I feel blessed to have witnessed, had such a profound impact on my worldview that I felt as if I wanted to capture them in this story, which I did in the death scene that thrusts one character to eventually meet up with his estranged grandson. People who have read that book frequently tell me how touched they are buy it and often pass it along to anyone struggling with an issue in their life.

I’ve found that my keys to writing successfully in different genres are threefold:

Over time I’ve also learned that switching between genres also helps me stay energized as a writer. My rule of thumb has been to write in my mystery/thriller series and then alternate between comedy and drama for the next, and then go back to the series for another mystery/thriller. This pace seems to work, and I always come to the next story feeling refreshed and ready to take on a new manuscript.

Michael Carlon is an author based in Stamford, CT where he lives with his wife and teenage triplets. You learn more about Mike at www.michaelcarlonauthor.com.