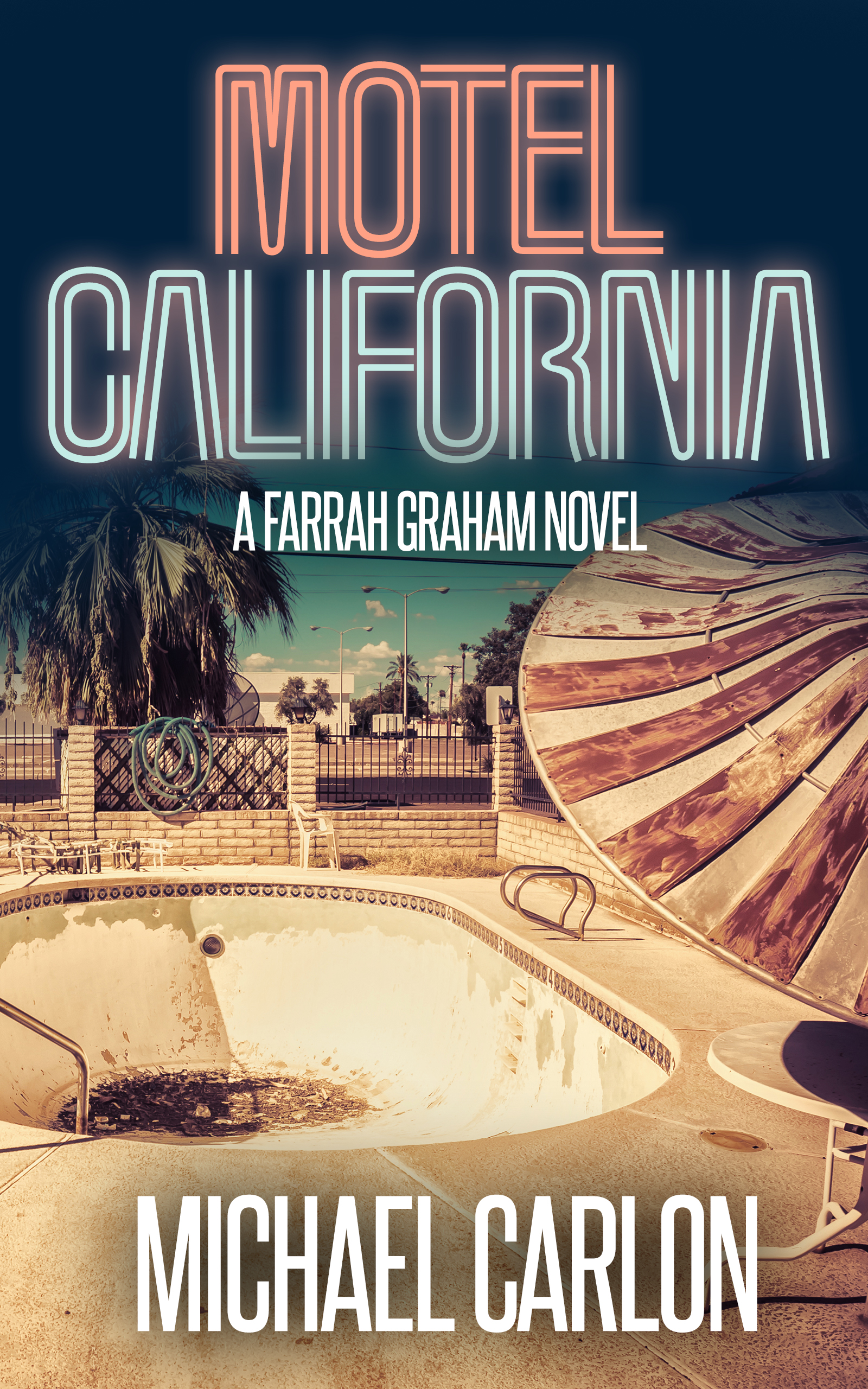 Farrah Graham and Jimmy Doubts, hosts of the Uncorking a Murder podcast, are back in Michael Carlon’s new comedic mystery Motel California.

Unlike the song of a similar title, the Motel California isn’t a lovely place—a fact that Jimmy learns the hard way when he’s framed for the murder of an outlaw country artist hellbent on distancing himself from his past.

Farrah has her own cross to bear as a patent troll has surfaced looking to put an end to Uncorking a Murder unless their outrageous demands can be met. The stakes couldn’t be higher as Jimmy races against the clock to prove his innocence and Farrah fights for their future.

Identical twin detectives who incessantly argue about glam rock, a sociopathic cowboy with an axe to grind, an adult film actress running away from “Silicone Valley,” and a mob boss addicted to home improvement television round out the cast of Motel California, a tale that could only be told in the backdrop of a city as colorful as LA.

Readers who appreciate the vibrant characters of Carl Hiaasen, the wit of Jonathan Tropper, and the humor of both should check into the Motel California; there’s plenty of room.

Best of the series (so far).

I adored the first two books of the Farrah Graham series and this one exceeded my (fairly high expectations). I laughed my way through this bookOne of my favorite things the author does….it’s a peek into their current life that adds value to the story being told. I loved the respectful way the victims of the pornography trade & their bravery when trying to escape were depicted; I hope I’m not spoiling anything by saying JENNY ROCKS. – Nicole W. 5-Star Amazon Review